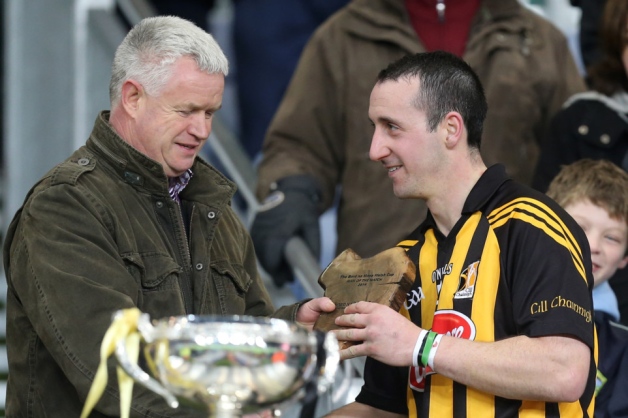 The Walsh Cup senior hurling tournament may be an early season muscle stretcher, but Kilkenny got as much out of it as possible when they won it by beating Dublin in the final in Croke Park.

The score was 0-24 to 1-17 as the Cats took back the trophy that Dublin won last season. The winners led all the way home after the lively Joe Brennan gave them the lead in the eight minute when he shot the first of three points (0-3 to 0-2).

While winning the competition was pleasing, the fact that manager Brian Cody and the selectors were able to give a lot of new players game time was an additional plus. There was no Henry Shefflin this time as he and a number of ‘regulars’ were stood down in order to give new members of the squad a run.

All the new players did well, with Brennan shooting three points; Michael Walsh making further progress at full-back; Brian Kennedy doing well at wing-back on a line that didn’t concede a score to the starting Dublin trio. Tommy Walsh and David Langton were the other ‘40’ line defenders.

In the absence of Shefflin, the free taking duties were taken over by Eoin Larkin. He finished with 0-11 to his credit. He missed just one of the free chances presented during the 70 minutes.

The James Stephens man contributed five score as Kilkenny led by 0-12 to 0-8 at the break after playing against a wind that varied in force from time to time.

Larkin opened the new half with a point after 35 seconds, and with quick additions from Larkin and the hard-running Colin Fennelly, the Dubs found themselves 0-8 to 0-15 behind by the 39th minute.

In fairness to the losers, they battled back gamely. When their goalie Alan Nolan came up field to take a 20 metre free in front of goal in the 65th minute the divide was 0-22 to 1-16. Nolan’s effort went high and over the bar.

The Cats coped with the rising storm, and late points from Larkin (free) and Aidan Fogarty gave them a comfortable enough win.

PJ and Colum were very passionate about hurling. Our family had a lot of fun with "hands-on" learning about hurling at a local pitch. Great value for money spent. Go and try this unique experience